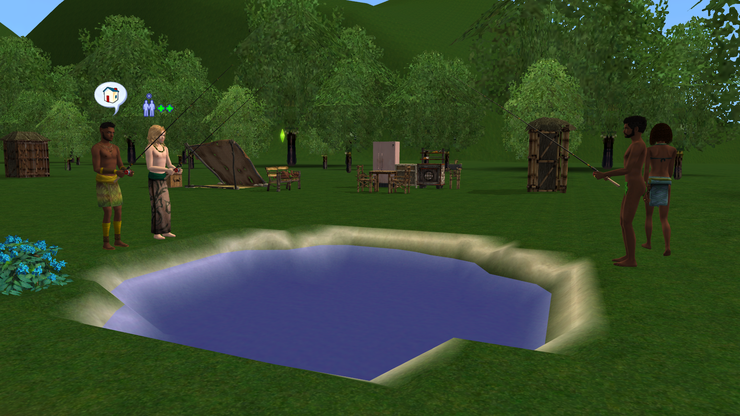 The Sims 2 Test of Time Challenge has always been my favorite challenge in The Sims. It’s LONG and requires a commitment to see it through, but it’s a really fun way to build up your neighborhood from literally nothing.

I recently started this challenge in my Twitch streams, so I thought I would write up exactly how I play it. The original version found on Mod the Sims is fantastic! I applaud the creator for inventing such an entertaining way to play.

But, as always, I like to put the ‘ole Pleasant Sims twist on things. So, here is my version of The Sims 2 Test of Time Challenge (including recommended mods and custom content as requested). Note: This is a work in progress and will be updated.

This challenge was first posted by SwallowTail87 on the original Sims 2 forums (now defunct) way back in the day – sometime before 2011 as far as I can tell. I have changed the rules to suit my preferences. Feel free to use what you like and discard the rest.

The objective of the challenge is to have your starting bloodlines make it through the Neanderthal age to modern times. Each “stage” has its own rules and limitations, and only the fittest Sims will survive and prosper. In my version, you will play through 12 generations.

Some Sims will become rich lords and rule over the lower classes, while other Sims will remain on the bottom – depending on how well their family can survive. Oh, and there’s a whole lot of breeding (which you know I love).

I would consider creating a new Sims 2 folder (or at least downloads folder) just for The Sims 2 Test of Time Challenge. This is not necessary, but it helps if you want things to be as realistic as possible. I recommend the following mods and CC to start:

Follow these steps to get started with The Sims 2 Test of Time Challenge:

TIP: Download my ploppable starting lot if you don’t want to set up the lots yourself. It contains all the items listed above, so you can move your families in and start playing right away. REQUIRES the Castaway Stories Furniture & Clothing pack. Set family funds to $3,600 before purchasing the lot. Families should have $53 after moving in to buy crops.

These are rules that apply to all the stages of the challenge.

The Sims 2 Test of Time Challenge has several stages, each with their own rules. During the Neanderthal stage, times are tough. Follow these rules for TWO generations:

You may have a single community lot during the Neanderthal stage:

In the Neanderthal stage, your Sims may only eat what they catch and grow. If a food is not listed here, your Sims are not allowed to prepare it (because it doesn’t exist yet). Remember, there is no agriculture or animal husbandry. Your Sims are hunter/gatherers on a Paleo diet.

Note: If you have custom foods not listed here, use your own common sense on what your Sims will need to prepare them. I recommend using the hunting spears  in the recommended mods section to get meat.

These are the only foods your Neanderthal Sims can eat. They can also eat raw fruits and vegetables if you like (or if they’re desperate). No quick meals are allowed at this stage.

Now you’re moving on to the Roman stage. The great Roman Empire rises under the rule of only the richest, upper-class elite, and in comes the first period of great learning. Follow these rules for the next TWO generations.

But first, we must determine ranks for this stage based on which family has the most money. Take any families with the same last name and add their net worth (found in the neighborhood screen) together.

The following community lots are allowed during the Roman stage:

You are now entering the Dark Ages. The Empire has fallen, and the Black Death and Vikings sweep across the land. Those who were once rich isolate themselves into individual manors, and cling to Feudalism for support and protection.

The Emperors dissolve into monarchs, the Patricians into Lords, the Plebeians into Vassals and Vikings, and the Servants into Serfs. Old customs are forgotten, villages are abandoned, and community lots are destroyed.

With the fall of Vikings and the Black Death, governments emerge once again. Community lots develop, and old customs and learning once again emerge.

You may have the following community lots during the Medieval stage:

Welcome to the exploration and colonization phase. Your families move across the ocean to live life as American colonists. Monarchs and Nobles become the Upper Class, Merchants and Knights become the middle class, and Peasants become the Lower Class. A new class is discovered – Native Americans.

You may have the following community lots during the Colonization stage: 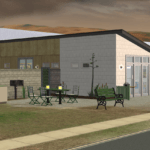 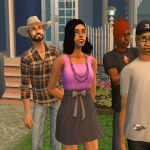 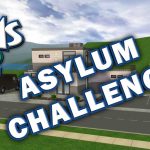 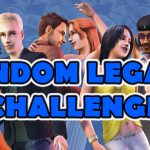