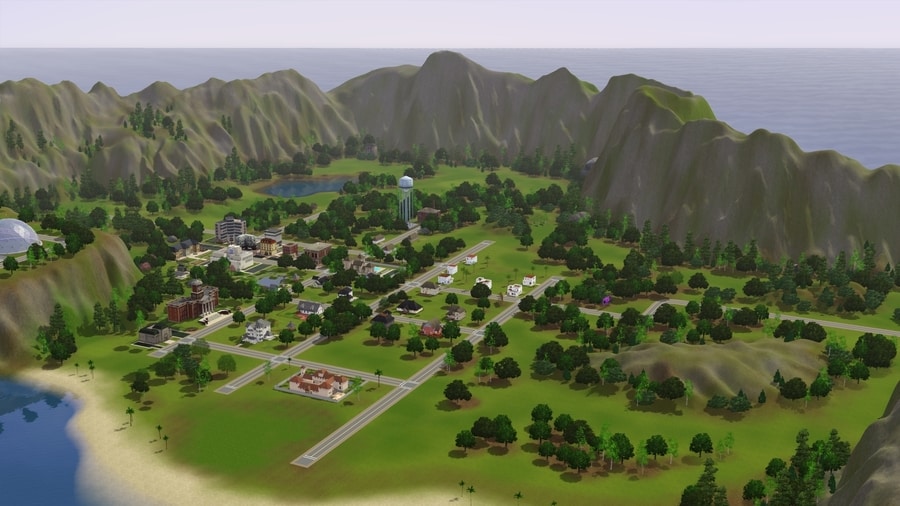 Here are my gameplay rules for The Sims 3. I play in a style similar to The Sims 2 where I play every family in the neighborhood rotationally. I don’t like things to happen when I’m not actively playing a household – such as pregnancies, marriages, relationships, promotions, etc.

I use a variety of mods – most importantly Nraas Story Progression and Master Controller – to achieve this play style.

I play each family for three Sim days and then move to the next. I tend to play larger neighborhoods in The Sims 3 (like Sunset Valley). Shorter rotations help me move through the families more quickly. But I am a slow player and each neighborhood is a long-term project, so I don’t mind if it takes a while to get through a round.

As with my Sims 2 gameplay rules, I play TS3 using a wants-based play style. This means I only force my Sims to do the things they want to do (aside from their basic needs). A Sim will only work on a skill or try to get a promotion if they roll a wish to do so.

I use Ani’s mod of randomness to achieve Sims 2-style aging.

Other than that, I keep the Sim Lifespan on the “Normal” setting so Sims age at the following rate:

The total lifespan of the in-game “Normal” setting is 90 days.

NOTE: I used to do a custom life span, but these days I prefer just leaving life spans at the default settings.

I assign my Sims Lifetime Wishes when they age up to young adults. I never assign them to children or teens. I want all of the Sim’s traits to be present before I decide. When teen or child Sims get wishes for specific LTWs, I ignore them as a passing fancy that will change as they grow.

I typically assign the first LTW in the list of available options because it’s usually the most relevant. However, I will break this rule if I feel the Sim is better suited to a different wish, which happens occasionally.

When splitting households, I don’t allow free money handouts. I always move Sims from the active family using the “Move” option via the computer or newspaper. This way, they must use the current family’s funds to move. If the family doesn’t have enough money for the Sim to move out on their own, they can’t move.

I use an alphabetic naming system similar to the one I used in The Sims 2. The only exception is family names, which I will sometimes give Sims (e.g. Bobby Broke in TS3 Pleasantview).

I name newly born Sims based on which letter of the alphabet currently has the fewest living Sims with a first name beginning with that letter.

I limit my population just as I do in The Sims 2 to avoid being overwhelmed with too many Sims in a generation or two. Here’s how I decide how many children a Sim can have in The Sims 3:

When Sims have had their maximum number of children, I immediately disallow pregnancy via the SP menu at the Sim level. Sims with the “Dislikes Children” trait have pregnancy disallowed for their entire lives.

As soon as a Sim gives birth, I immediately disallow pregnancy via the SP menu at the Sim level. I do not allow them to become pregnant again until their baby has grown into a child. For story purposes, I pretend these Sims are on birth control. I learned that this works best for me after the insane baby boom we had in Pleasantview!

Teen pregnancy is allowed and I follow the same rules of putting the mother on “birth control” after a baby is born.

I like to play with rental properties. I think it’s realistic that some of the richer Sims would own rental homes and the poorer Sims in town rent from them. I use two mods to accomplish this gameplay – NRaas Story Progression (money module required) and this Apartments & Roommates Fix.

When any family reaches a net worth of $100k (the threshold for becoming Rich in my game), they are eligible to purchase rental properties. I use their money as I see fit to purchase any of the empty homes in town. I usually start with the least expensive starter homes.

Any Sim may live in a rental property if they’re moving and can afford it. The mods handle all rent payments between the landlord and tenants – including the calculations. Sims are charged rent based on the value of the lot, number of tenants, and any pets.

I choose my Sims’ traits using the following criteria when possible:

There may be situations where the child does not have a mother or father to inherit traits from (such as Beau Broke in TS3 Pleasantview). In this case, I allow them to inherit a trait from an older sibling (e.g. Beau inherits one of Dustin’s traits). If there are no older siblings, I just give them a random trait for that life stage.

My list of settings was getting WAY too big to keep on this page. They have been moved to their own page. CLICK HERE to see my updated mods settings.

See my Sims 3 Mods List for all the mods I use – NRaas and others. 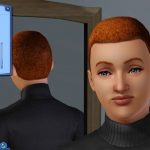 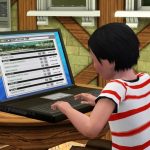