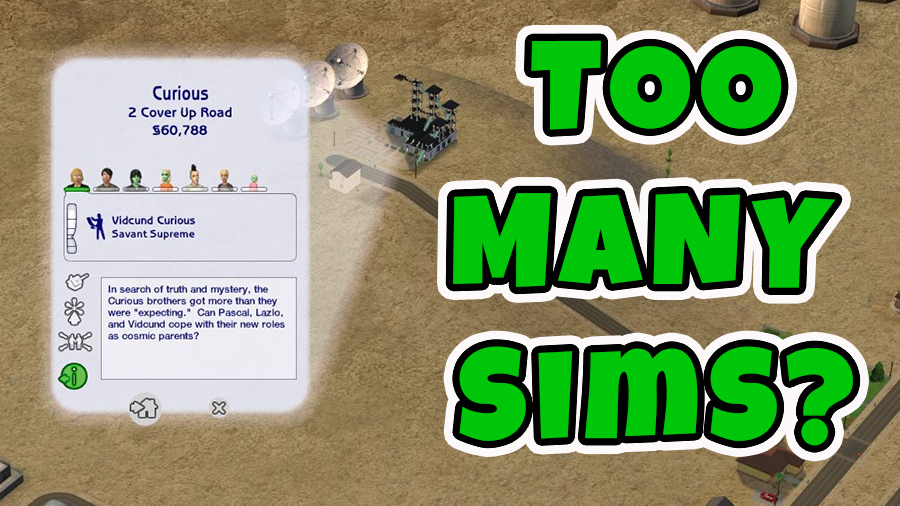 There was a time that I never worried about limiting population in my Sims 2 neighborhoods. I let my Sims have as many babies as their little hearts desired.

But the time has come, after three years of playing the same ‘hood and having a baby EXPLOSION in my Strangetown Livestreams, that I must make some changes.

Neighborhoods can quickly become overpopulated and overwhelming if you don’t do something to control the population – especially if you play wants-based like me.

Number of Children by Aspiration

From now on, I’ll be using the Sim’s aspiration to decide how many children they can have – anywhere from 1 to 5 kids per Sim/couple. I also count adopted children as part of their total.

If two Sims in a relationship have different aspirations, I’ll add them together and divide by two to determine their optimal number of children. For example, if a Romance and Family Sim get married the equation would look like this:

Total number of children for this couple would be two.

In the event of an odd number – such as a Family (3) and Knowledge (2) getting married, I will round up to the highest number. In this case, three.

If a Sim has MORE children than they should (according to aspiration) due to having twins, I allow them to keep the extra child.

Once a Sim or a couple has reached their ideal number of children based on the chart above, I will place the female Sim on birth control. She will remain on birth control throughout her child-bearing years.

It is possible that birth control can fail. If that happens, I allow the family to keep the accidental child. The only exception is if the Sim is a female romance Sim. Then, she has a chance of giving the baby up for adoption according to my gameplay rules.

To place a Sim on birth control, I use ACR (autonomous casual romance). Click the adjuster and select Sim Settings > Pregnancy > Birth Control is OFF (to turn it on).

In addition, I set Ideal family size using Sim Blender here, too. But I don’t trust it completely, so I also manually use birth control when needed.

I used to set my risky woohoo percentage to 20% using ACR, but this resulted in too many accidental babies. I’ve since reduced it to 10% for all my neighborhoods.

I will end a Sim pregnancy if the following conditions are met:

If the Sim has a visible baby bump, it’s too late and the pregnancy cannot be ended.

I also use a miscarriage mod, which adds a possibility of miscarriage. Again, this is rare but it can happen (just like in real life). Sims who’s hunger or energy get too low may miscarry, so if you take good care of your Sims it will hardly ever happen. I have had about two or three miscarriages in ALL of my ‘hoods.

Another method of population control in my neighborhoods is allowing Sims to die of disease. I use more realistic disease mods and when a Sim dies, it is almost always permanent. I rarely resurrect dead Sims – only if another Sim has both the desire and the means (without cheating) to do so. And this is very rare.

I’ve had two deaths due to the flu in my three year old-Pleasantview, which isn’t many compared to the population. But still, it helps.

I also use mods that make fire more deadly, allow death in childbirth, and increase the chance of Satellite death. These are still all rare occurrences, but they can happen and will help a bit with population control. (See my Sims 2 mods list here.)

These are the ways I am limiting population in my Sims 2 neighborhoods. Now, I’d love to hear from you! How do you keep your long-term ‘hoods from getting too large? Do you limit the number of babies your Sims can have or do you have some other method? Leave a comment and share! 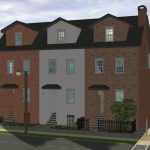 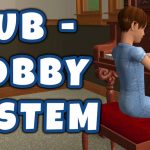 My Hobby & Sub-Hobby System for The Sims 2