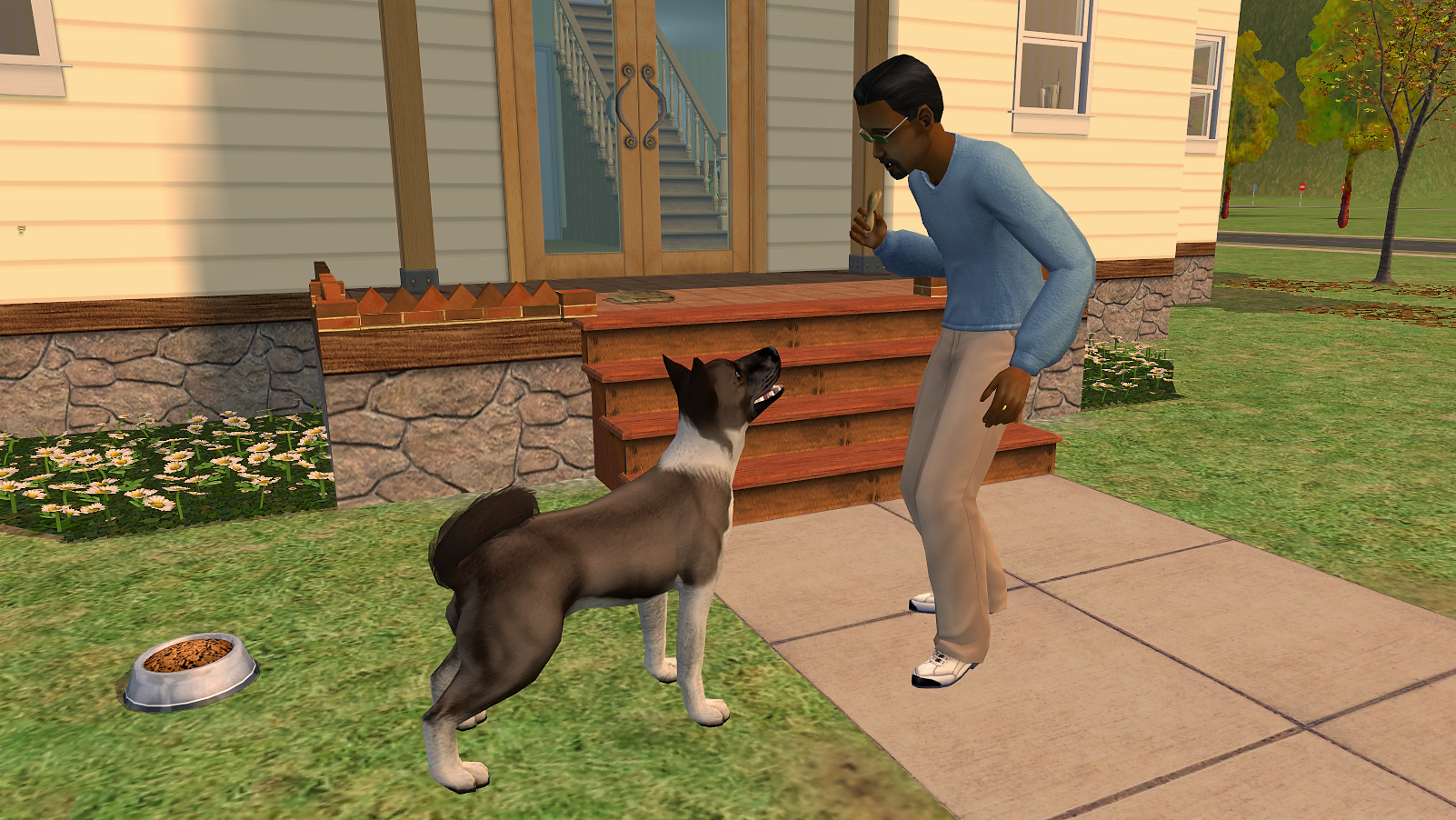 Strays are back in The Sims 2: Pets expansion. The game generates the same set of stray dogs and cats for each neighborhood. But unlike in The Sims: Unleashed, new random strays are generated to take their place when they’re adopted.

Every neighborhood always has at least 15 stray animals. Here’s a list of the original strays generated for every ‘hood:

My favorite is Moonshine, the Tuxedo Cat. I’m not sure why there are more dogs than cats. Maybe the developers liked dogs better? There are also no puppy or kitten strays. They’re all adults or elders. If you want a puppy or kitten, you can adopt over the phone.

There are two types of strays in The Sims 2 – unowned strays and owned runaway strays.

Unowned strays have no last names, so they’re easy to spot. They may have behaviors or collars, and may even know some commands. When unowned strays are adopted, they’re replaced in the stray pool by a new randomly generated stray.

Owned runaway strays are pets that have runaway from a playable household. After three days, they become part of the stray pool. These strays can be adopted into another household or returned to their original owners.

When owned runaway pets are adopted or returned to their owners, they are not replaced in the stray pool.

Tip: If an owned runaway stray is wearing a collar, your Sim can return it to its owner by calling them on the phone. Owned strays without a collar can only be returned when playing the original owner’s lot. So it’s a good idea to always get your pet a collar in case they run away!

Strays don’t appear on lots as often as they did in The Sims: Unleashed. And they usually appear one at a time unlike the original game where you might have three or four strays on your lot at once.

The frequency and length of stray visits on residential lots depends on the animal’s relationship with household members. The higher a stray’s lifetime relationship with a Sim on the lot, the more often it will visit and the longer it will stay.

A stray will also be more likely to visit again if it was fed on its previous visit – so put out some food bowls if you’re trying to attract an animal!

A stray will leave the lot if:

Do not fence in a stray in on the lot to keep it there and build up relationship. If a stray can’t leave the lot, its daily relationship toward every Sim and pet in the household drops by -2 every time it tries to depart.

Unlike townies, stray animals can interact with objects outside without being greeted. If you place food or toys outside, they can use them. However, they won’t enter your Sim’s home, scratch or chew anything unless greeted by a Sim first.

How to Adopt Strays

First, wait for a stray to appear on your Sim’s lot. Greet the animal and start interacting with it as much as you can. In my test game, it took about eight hours for the first stray to appear.

Tip: A stray will stay about two hours on a lot before it leaves if it doesn’t know any of the household members and there are no objects to interact with. Make sure someone greets the animal if you want to keep it around longer.

Place a food bowl on the ground outside and fill it with food. A stray will remember that there’s food available on your lot and return more often.

The “Give Love” and “Play” interactions work best for establishing a relationship. In the beginning, alternate between “Stroke,” “Feed Treat,” “Razzle,” and “Fetch” until you unlock more. If the stray knows commands, you can also use those to build relationship.

You can teach a stray commands, too, but it’s time consuming. If you want to adopt, I recommend doing the easier interactions until you can adopt. Once the pet is part of your household, then start training them.

The option to adopt appears when your Sim reaches 60 daily relationship with the stray. This didn’t take my Sim (Darren Dreamer) long to accomplish. He reached the relationship milestone the first day of meeting his stray.

But his new friend left the lot just before he could adopt! Fortunately, he returned a few days later, and Darren finally became a dog daddy!

When you adopt a stray, your Sim will pull out a treat and offer it to the animal. You’ll get a message asking you to confirm the adoption. The stray will then be added to your household.

Congratulations! Your Sim is now the proud owner of a new pet!

NOTES: If the “Adopt” interaction is available, the pet will always accept. You can’t be turned down. Also, if an adopted stray is a runaway, it’s removed from the previous owner’s household and can’t be returned.

How to Adopt a Stray with Mods

If you don’t want to wait to make friends with a stray, you can use the Sim Blender to add it to the household immediately.

After you install it, you’ll find the Sim Blender in Misc > Misc. It looks like a ficus tree. Place it down anywhere on your lot.

When you see a stray on your lot, click on the Sim Blender and choose:

The stray is now part of your household – just like it would be if you adopted normally. The only difference is you won’t have a relationship with your new pet. So, you better get started making him feel at home!

Here are some mods I can recommend to help you with stray adoption in The Sims 2: 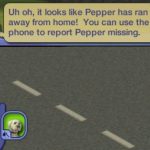 Sims 2 Runaway Pet? Here’s How to Get it Back! 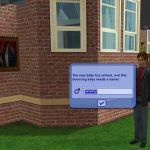 4 thoughts on “How to Adopt Strays in The Sims 2: Pets”